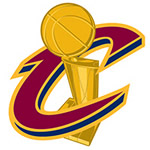 The 2017 NBA playoffs are about to begin so for those of you looking for Cavaliers playoff betting opportunities, there are certainly some excellent sportsbooks out there that will provide them for you. That being said, the Cavaliers playoffs odds have taken a bit of a dip as of late due to their uncharacteristically bad basketball after the All-Star break. The Cavs have stumbled into the playoffs after going 11 and 15 in their last 26 games and Cleveland has dropped four straight to end their regular season. Over that stretch, their scoring average dipped significantly and their defense has really been struggling.

The Cavs gave up on the No.1 seed in the East, essentially conceding the spot to the Boston Celtics. LeBron James insists that their seeding makes no difference once that playoffs start saying “I'm not one to get caught up in the regular season. I'm sorry. I've been to six straight Finals, man. I'm the last person to ask about a regular-season game, dude. Sorry." This quote was actually before the Cavaliers throttled the Celtics on April 6th but it certainly points to a lack of concern for not locking down the 1 seed. And most Ohio sports betting connoisseurs will attest to King James's ability to deliver when it counts the most.

A lot of their issues began after they made midseason moves in an attempt improve their second team. They traded for Kyle Korver, picked up Daron Williams after he was released and cleared waivers, and even tried bringing in Larry Sanders to see what he had left in his tank. Sanders has since been waived but Korver and Williams will be important pieces for the Cavs in the playoffs. While both of them have played well since arriving in Cleveland, the cohesion as a unit just isn’t there. It makes sense to have early growing pains when playing with new players but these growing pains have lasted longer than you would have expected. This plus the nagging injuries that have plagued the Cavs all year have thrown caution to the wind for anybody thinking about betting on the Cavaliers in the playoffs.

Even with that being the case, the Cavs are still the favorite to win the Eastern Conference in 2017 and Clevlands 2017 playoff odds to reach the finals are second to only Golden State. The Celtics and Raptors are their biggest threats but they should be no match for LeBron in the playoffs. Every NBA fan knows he turns his game up to a new level in the playoffs and so long as they stay healthy, expect the Cavs to reach their third straight NBA Finals.